Discraft has created a new fairway driver called the Athena which is the sixth disc in Paul McBeth’s signature lineup. The Athena is a neutral fairway and will fill a gap in Discraft’s driver lineup. This driver was made to be extremely workable and to be thrown on all types of angles and flights. McBeth says that Athena was the perfect name for this disc because she is the goddess of many things such as war, wisdom, and handicraft. McBeth says that the new disc is very similar to the goddess in that it doesn’t just specialize in one shot shape, but instead can be used for a variety of shots.

Flight numbers for the Athena are 7 speed, 5 glide, 0 turn and 2 fade. The Athena is very similar to the TeeBird3 and McBeth claims that it flies like a slower Anax.  When thrown flat, the Athena will fly straight with a slight fade at the end of the flight. It is relatively straight with great torque-resistance which makes it great for forehands and windy conditions. Athena will fly predictably on both anhyzer and hyzer and become a comfort disc for the thrower. Overall, this is a disc that players will grab when they need to hit a big shot and need to trust the disc.

For beginners and lower arm-speed players, the Athena will be an over-stable driver that will be extremely reliable. Newer players will love the predictable flight and will find even more uses for the Athena as they improve. The neutral nature of the Athena allows it to find a slot in almost anyone’s bag!

The Athena was made to be a workhorse fairway driver made for accuracy, control, and precision. This is a disc that everyone should try and will likely find a permanent spot in many player’s bags. So, what are you waiting for, come on in and try an Athena today! 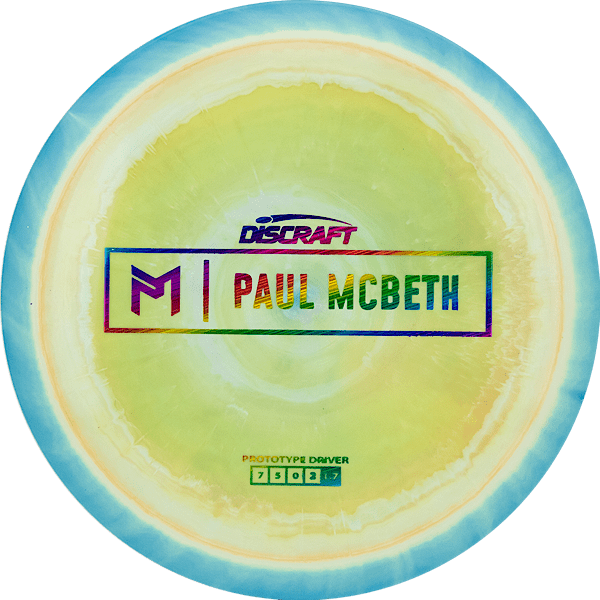